Named in 1986 American Legion Graduate of the year, Dale Murphy a former Major League Baseball outfielder and first baseman most notably for the Atlanta Braves. Born March 12, 1956 in Portland and attended Woodrow Wilson High School. Dale played baseball for Woodrow Wilson High and the American Legion in Portland. He signed a letter of intent to go to Arizona State, but decided to try pro ball right away when the Braves made him their first pick in the June 1974 draft.

Named in 1990 American Legion Graduate of the year, Harold Reynolds a former Major League Baseball second baseman most notably for Seattle Mariners. Born November 26th, 1960 in Eugene and attended Corvallis High School. Although Reynolds was drafted in the 4th round of the amateur draft on June 5, 1979, by the San Diego Padres, he elected not to sign. The following summer, on June 3, 1980, Reynolds was selected in the 1st round (2nd pick) of the amateur draft and signed with the Seattle Mariners.

The American Legion is the only amateur youth baseball program that funds 100 percent of the cost for hotels, transportation, meals, umpires and baseballs for our National tournaments. Regional Championship games will be held in Cheyenne Wyoming August 5th through August 9th.

I Will Keep The Rules.

I Will Keep Faith with my Teammates.

I Will Keep my Temper.

I Will Keep myself Fit.

I Will Keep a Stout Heart in Defeat.

I Will Keep my Pride under in Victory.

I Will Keep a Sound Soul, a Clean Mind, & a Healthy Body. 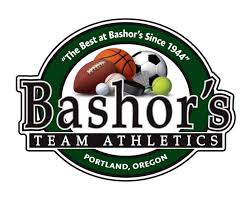